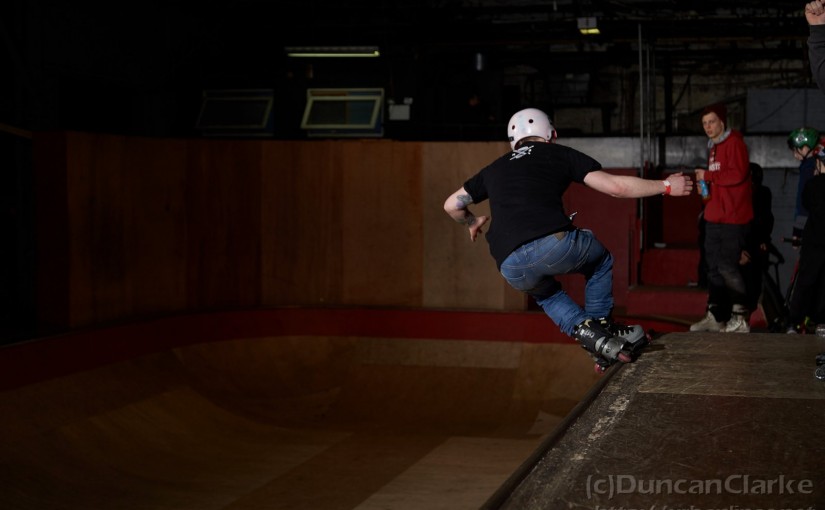 Second in the informal series of events organised by David Wing and Stephen Swain. After the success of the first session at Adrenaline Alley, the next venue was chosen to be one of my local parks, Rampworx. Another great attendance from all over the UK as rollerblades outnumbered everyone at the park, even the scooters. Well, I took a few shots and even grabbed a couple of clips from the chilled skating that was in evidence all over the park…