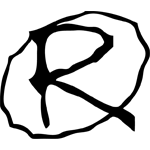 Changes are afoot. One of the last bastions of scooter-free skating in the UK is to go. Rampworx, the UK’s biggest and possibly busiest indoor skate park has buckled under the pressure of the scooter-moms. One of the top skate parks in Europe, they have until now had a bar on scooter use in general sessions, opting instead for bi-weekly Scooter only nights but this is to change.

Is this the end of a great institution?

Much of the initial controversy following their announcement on Facebook has been due to details missed from the article (now amended) that this will only be up to 6pm on weekdays and 4pm on weekends. Of course there will always be some who rage purely at the concept of their favourite park not sharing their “scooter-fags” views. They can safely be ignored though as they are generally all mouth. However, many of the other complainants have backed off a little with the knowledge that 6-10 (and 4-7) sessions will be trolley-free.

The funny thing is that even though I believe that allowing scooters into general sessions is a really bad idea as it stands, I’m going to support scooters here. The problem with scooters in most parks, in fact most places in general, is the average age of the participants. It’s not about the wheels under your feet but the maturity and awareness of the user. It does however bring up an issue that I feel most parks have ignored for far too long; that of mixing users of all levels of age and experience into the same sessions.

I feel this is a great opportunity for Rampworx to take a stand for the safety of all and require not only a minimum age for all park users, regardless of discipline during some (probably later) sessions but also mandatory levels of competence. Ski centres as a rule require you to have basic skills before being allowed into a normal session, so why not skate parks? I appreciate that Rampworx have been forward looking in teaching new users, producing the Skatepark Etiquette video (below) and showing this to all first time users but seriously, would you let a child drive a car on the basis that they had read a leaflet on “safe driving”?

So, the question when it comes to general sessions should not be “should they allow scooters”, but “should they allow primary school kids”. My personal view is that all of hte sports should be treated equally. That being an 18 year old scooter rider is far less of a danger than a 7 year old on a BMX. As you may have seen on here, kids cause accidents and their parents are oblivious to the issue. See the video that I myself filmed when a kid dropped in on me and the reaction of the kid’s dad:

Also check out what happens when stupid kids injure themselves at a skate park. No wonder they are a menace when their stupidity is compounded by parents that have no concept of personal responsibility. This is exactly why we need age restrictions, not sport restrictions in skate parks.