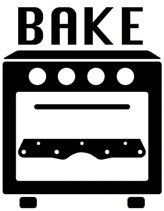 So another brand hits the the streets, or will do with a little help. Following in the footsteps of Irish brand Kaltik comes Bake, another frame company based just over the water in Liverpool.

The first frame to be released is to be early in 2013. It is a freeskate style frame, accepting a flat setup of 72mm wheels while retaining a (limited) H-block. As with all frames, these are a compromise between the speed, smooth ride and control of the big wheels, and the low centre of gravity and grind space of an aggressive frame. Having a longer wheelbase than some of their competitors while retaining an absolute minimum height should make these great for bombing hills, riding natural transitions and general fun skating. The H-block that it allows will also mean they can still function as an aggressive setup (though you will really need to commit).

So, here’s where you come in. The guys have invested a lot of time, effort and cash into getting to the prototype stage and now they have set up a Kickstarter project to move forward. If you are unaware of this phenomenon, it is a way to raise production capital by pre-selling to customers. Basically, if they raise their target then the frames go into production. If not, you keep your cash and no frames (at least not yet).

Click here to visit the Bake Kickstarter page for more details and to pre-order (or buy t-shirts, stickers etc).